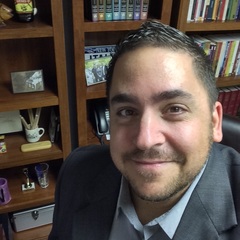 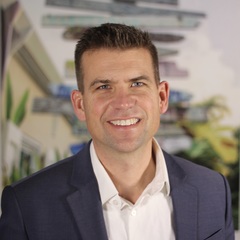 Pastor Chris was born in Wayne, New Jersey, and grew up in Alpharetta, Georgia, before attending Belmont University in Nashville, Tennessee, where he received a Masters in Education. Chris has been on staff in ministry since January 1997, serving in Tennessee, Georgia and Ohio. He met his wife, Erika, in college and soon after moved to her hometown of Cincinnati. Chris has taught music in public and private schools and has been in radio since 1994. Chris received a Doctorate in Worship Theology in 2013 and joined the Faith Community staff in 2019.

Dave is new to Faith Community as of June 1, 2021. He has a background working in both the church and the marketplace. For churches, he has worked as a college pastor and a connecting pastor before becoming a church planter. Along the way he was hired as a creative director by one of the founders of the The Bible Project, Jon Collins, at Jon's first company, Epipheo. Dave's passion is to communicate Jesus' grace and new ways churches can get that message out. He has been married since 2000 to his wife Jenny and they have 3 children.